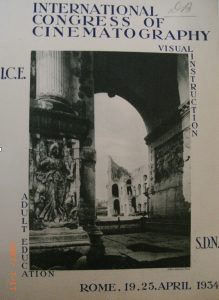 In her report to the League of Nations’ Liaison Committee of Major International Associations (which reported to the League’s International Committee of Intellectual Co-operation), Laura Dreyfus-Barney, a wealthy American domiciled in Paris and an important figure in the International Council of Women, quoted Mussolini’s opening words to the major congress organised in 1934 by League’s Rome Institute of Educational Cinematography (IIEC). Mussolini, she reported, stated that educational cinema was particularly important for ‘shaping the mentality of races and especially of young people’. Dreyfus-Barney also reported to the Liaison Committee that the IIEC had made a special study of the influence of cinematography on the mind and that they had done so ‘in connection with the idea of peace and international propaganda to promote knowledge and mutual understanding’. The chapter unpacks Dreyfus-Barney’s statement about the study of the mind by tracing how congressists linked views of the mind with the development of the world-mindedness that intellectual cooperation at the League of Nations sought to foster as a means to world peace. It also looks at aspects of racialised discourse around the mind at the IIEC congress  to which Mussolini’s opening statement alerts. The discussion draws on League of Nations records, IIEC congress presentations, papers published in the 1934 edition of the International Review of Educational Cinematography, and reports of Pan-Pacific Women’s Congresses held in Honolulu. These are supplemented with papers in the Amazone archive in Brussels related to the 1934 IIEC congress and the International Council of Women’s cinema committee, which Dreyfus-Barney convened prior to chairing the ICW’s peace committee. 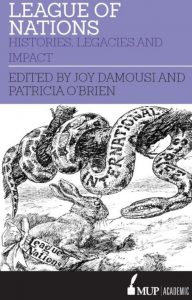 Joyce Goodman,  “Shaping the Mentality of Races and Especially of Young People’: The League of Nations and the Educational Cinematography Congress, 1934, in League of Nations: Histories, Legacies and Impact, edited by Joy Damousi and Patricia O’Brien, 197-213 (Melbourne University Press, 2018).

Temporalities and the Transnational: Yoshi Kasuya’s Consideration of Secondary Education for Girls in Japan (1933)